What is Spontaneous Muscle Release Technique?

How can Spontaneous Muscle Release Technique Help You?

As described in my list of modalities, spontaneous muscle release technique (SMRT) is a positional release modality that interrupts pain signals in the body, painlessly resolves trigger points, has an incredibly calming effect on the nervous system, and is highly stimulating to the lymphatic system.

Dr. Jones discovered by accident that a patient’s pain completely resolved by allowing the patient’s body to move into its most comfortable, pain-free position and stay there for a few minutes. After much research to determine why this was so, he expanded and refined the technique and called it Strain-Counterstrain therapy. According to Jones, when a muscle is strained suddenly, its antagonist muscle will contract as well in an attempt to stabilize the nearby joint, resulting in “counterstrain.” At the same time, the muscle spindles, which are stretch receptor cells in the muscle tissue, become hypersensitive. As the muscles become hypertonic from the strain, the muscle spindles, because of their hypersensitivity, continue to report strain that doesn’t really exist anymore. The result is chronic pain, recognized by the nervous system and brain, but there is no actual injury anymore.

Traditional manual therapies would focus on stretching and elongating the hypertonic tissue via mechanical techniques using local compression (think deep gliding and thumbs and elbows into the trigger points.) Positional release therapies are basically the opposite – they involve putting the target tissues into a position of ease to take the tension out of the hypertonic muscle. This resets the muscle spindles and calms the nervous system.

According to Leon Chaitaw, ND, DO, “At its simplest, positional release techniques as used in manual therapy settings, involve the unloading of tissues, placing them into less-stressed, “ease” positions. In such a comfort state, a number of beneficial changes may emerge including reduced pain perception and reduced inflammation, greater local muscular strength, reduced fascial stiffness, reduced pain-medication use and number of days of hospitalization, as well as enhanced peripheral circulation, post-surgically.”

“Positional release methods are among the safest and most effective ways of easing painful symptoms and inducing a healing response.” ~Dr. Chaitow states,

He also states that “traumatized fascia disrupts the normal functions of the body, causing myofascial pain and reducing ranges of motion. Resulting inflammatory responses (involving fibroblasts) can be reversed in as little as 60 seconds by changes in load on the tissues, delivered either by counterstrain or myofascial release.” I personally have experienced results this quickly on occasion, although of course, specific results can’t be guaranteed because they depend on the dysfunction.

With SMRT, instead of moving body parts around to put them into a position of ease, we use passive contraction of the tissue to accomplish the same objective. Passive contraction means that the therapist uses gentle compression along a line of tissue to create slack in the target muscle, mimicking the position of ease. The client is passive. This compression is held for 20-45 seconds to allow the brain to get the message that all is well in that tissue. The brain then allows the target tissue to “spontaneously” relax.

In addition to muscles, I use SMRT to release fascial restrictions, gently realign bones and joints, relieve strained tendons and ligaments, and even correct whole-body dysfunctional holding patterns. With SMRT, I have the ability of being incredibly specific in application of the technique, to the extent of releasing only certain fibers in a muscle, as well as being as broad as necessary, such as releasing a holding pattern in the entire upper body. Happily, for many clients and patients, I can access deep tissues without digging. And because of the calming effect on the nervous system and the resetting of the muscle spindle cells, if I choose to use traditional myofascial or trigger point techniques after applying SMRT, those treatments will be significantly less painful.

Dawn Lewis, the developer of SMRT, states, “because we have disrupted the pain loops, settled the parasympathetic nervous system, created almost no additional pain, and brought the area back to homeostasis, the results of an SMRT treatment last.”

As the only full-body trained SMRT therapist in Albuquerque, I would love to show you the benefits of this gentle and effective therapy! 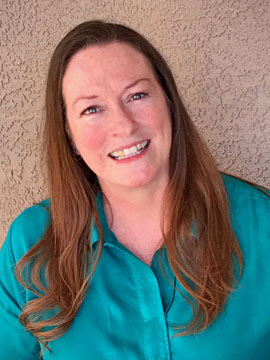